Going to the doctor for sexual health matters

Many things can either make it easier or more difficult to access health care or affect the quality of care we get. While a good health care experience can look differently depending on what we need, our preferences, and who/what is available and because not everyone wants the same thing, has access to the same resources, or faces the same circumstances, there are factors that are essential to a positive experience:

Talking about sexual health with your health care provider

Not all health care providers have received specific training to be able to comfortably talk about sexual and reproductive health. The most important thing is to find a health care provider who listens to you and makes you a partner in your own care because sexual health is an essential part of our overall health.

How can I tell if my health care provider is sex positive?

How can I tell if my provider is sex positive?

Sex positivity means taking a neutral stance around sex and sexuality and placing no moral value or judgement on different sexuality or sex acts. It must be reflected in the kind of care we get and how informed and capable health care providers have a duty to be regardless of the gender and/or sexuality of their patients.

Some ways to assess whether your health care provider is sex positive are:

Beyond doing this type of assessment, asking your health care provider specific questions can be a great way to determine whether they are the right fit for you when it comes to your sexual and reproductive health care.

In the context of health care, conscientious objection is when a health care provider refuses to perform particular services because of their personal moral or religious beliefs. The specific sexual and reproductive health services that are most often refused on the basis of conscientious objection are abortion, contraception, and assisted reproduction.

If you find yourself in your health care provider’s office and they are either outright refusing to provide a service, refusing to refer you elsewhere to access it, creating barriers for you to access them (for example, delaying appointments, imposing time to “think it through” etc.), or shaming you for wanting to access them in the first place (which can include assuming the choice you’ll make and/or belittling you for asking questions about options), it might be that you are experiencing conscientious objection. While doctors may have a right to refuse to provide a service on moral or religious grounds (it looks different depending on province), they should be providing you with a timely referral to someone who can provide you that service. Unfortunately, this is not strictly mandated or monitored anywhere in Canada despite the harm it causes. Read this to get more information on the different positions of professional colleges across Canada and what rules their members have to follow.

Sometimes, an entire hospital or health care institution will claim that they will not provide certain services (contraception, abortion, or medical assistance in dying) because of conscientious objection. Institutions don’t have a conscience like humans do, so this amounts to a violation of patient rights and medical ethics. Unfortunately, there is little to no monitoring or enforcement of rules to ensure people get the health care they have a right to.

Conscientious objection is a serious problem as it gets in the way of people’s ability to make choices and take charge of their own health, wellbeing, and life in ways that work best for them. Some provinces have started to work on policies to define the responsibilities of doctors and health care providers who refuse to provide services.

If you think someone might be denying your services on these grounds, you can call our Access Line to get support in finding a sexual health clinic or other relevant services in your area.

Going to the doctor isn’t always going to be fun or enjoyable but you should feel safe, accepted, and heard. Generally speaking, our relationships with our health care providers should be interactive, meaning both you (the patient) and your doctor should be engaged in the conversation about your health, in answering questions and assessing possible options you may face.

Sometimes, it can be a waiting game to see who is going to bring up a particular topic first during a doctor’s appointment, especially if it is about gender or sexuality. In general, it is important to know that you always have the right to stop what is happening, if you are uncomfortable, ask questions before, during or after, and also to ask for clarification if something a health care provider is saying doesn’t make sense.

That type of trust can be built over time with a health care provider that you see regularly, but it might be a bit harder to trust a specialist that you might only see once or twice.

However, whether or not you have a long-term relationship with the health care provider you are currently seeing, confidentiality and privacy applies. It can be helpful to know the difference between privacy and confidentiality, as well as where any limitations to that exist.

If you have concerns around confidentiality and privacy, you might ask, “Is this conversation completely confidential? What are the limitations to that confidentiality?” or “What happens to the information that you note in my file, and who is it shared with and under what circumstances?”

It might happen that you feel there is a disconnect between the concerns you are bringing to your health care provider and how you are being treated. This is a real thing that happens to some of us and so, it is important to feel informed and prepared about the possibility of it happening. Gender stereotypes (for example, “women are melodramatic, exaggerate, seek attention, etc.”) often result in women and feminine presenting people experiencing some disbelief when they access health care. In the study The Girl Who Cried Pain: A Bias Against Women in the Treatment of Pain, the author identifies ways gender bias tends to play out in clinical pain management. According to this study, women are “more likely to be treated less aggressively in their initial encounters with the health care system until they ‘prove that they are as sick as male patients,’”—a phenomenon referred to in the medical community as the “Yentl Syndrome.”

This also means that diagnoses that impact women (and people who were assigned female at birth/have a uterus) are sometimes less researched, or taken less seriously, than diagnoses that disproportionately impact men, such as with things like endometriosis or chronic pelvic pain. It can also mean that that symptoms experienced by men for a particular health issue are understood as universal (for instance, the symptoms of a heart attack can manifest differently depending on sex, but often the symptoms that impact men are the most talked about and recognized). In short, sexism runs deep in our society and this permeates the health care sector, too.

In a nutshell, pain or discomfort experienced by people other than white men might be perceived as constructed or exaggerated (as surprising as this may sound to many, this is something that studies confirm). While most people may physically recover from times when they are dismissed or brushed off, it can delay care and it can impact diagnoses, treatment plans. It also fuels mistrust and, for many, it might mean dealing with the trauma of “not being seen and believed.” This can make someone less likely to seek out medical care in the future when they need it.

This vulnerability can be compounded by a person’s race, disability, class, drug use, etc. When we talk of racial disparities in health, one important factor is the racial empathy gap. A recent study shows that people, including medical personnel, assume Black people feel less pain than white people. In addition, medical education often does not teach health care providers to recognize how symptoms manifest on different skin tones – for example, burns or different skin conditions, meaning that white skin is taken as the default. This has real impacts on the quality of treatment received.

For people who use drugs, who use opioids for chronic pain and/or “look the part” of what a drug user could look like, this can mean being labeled a “drug seeker” and not being believed and/or treated for pain.

In the cases of Indigenous people, a study by Dr. Janet Smylie of the Centre for Research on Inner City Health at St. Michael’s Hospital shows the impact of differential decision-making and how it comes from what she calls ‘unintentional racism’ by well-meaning care practitioners.

We deserve to have positive and affirming health care experiences where we feel heard and respected. While your treatment shouldn’t depend on your ability to advocate for yourself, sometimes this can make a big difference. Here are some things that can help when advocating for yourself:

If you try these tactics and still find you are not feeling heard, some hospitals, clinics, and health care centres have patient advocates or patient ombudsman if you are interested in making a complaint. Ask the receptionist, hospital administration, or health care provider themselves what the process is for making a complaint.

On a larger scale, since provinces and territories are responsible for the administration and delivery of health care services throughout the province, if you have a negative experience accessing health care, you can contact your local provincial/territorial Ministry of Health through their provincial Ombudsman. The provincial office of the ombudsman helps with complaints or investigating systemic issues happening in health care settings. You can also contact your province or territory’s College of Physicians and Surgeons, if you had a negative experience with a physician. Links to each provincial and territorial medical regulatory authority can be found on the College of Physicians and Surgeons of Canada website.

Here are some things we can do to take care of ourselves when that happens: 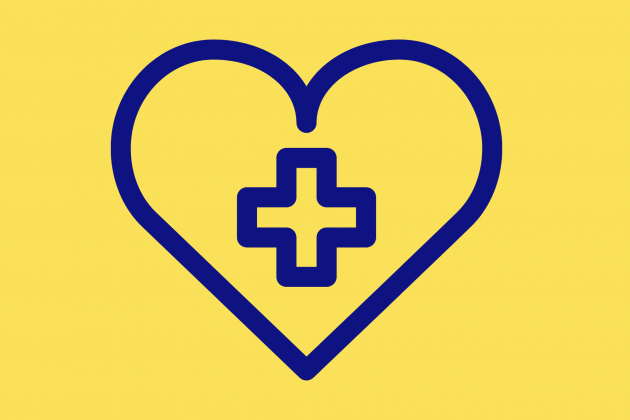