Advocacy is perseverance: The fight for abortion access in Ecuador 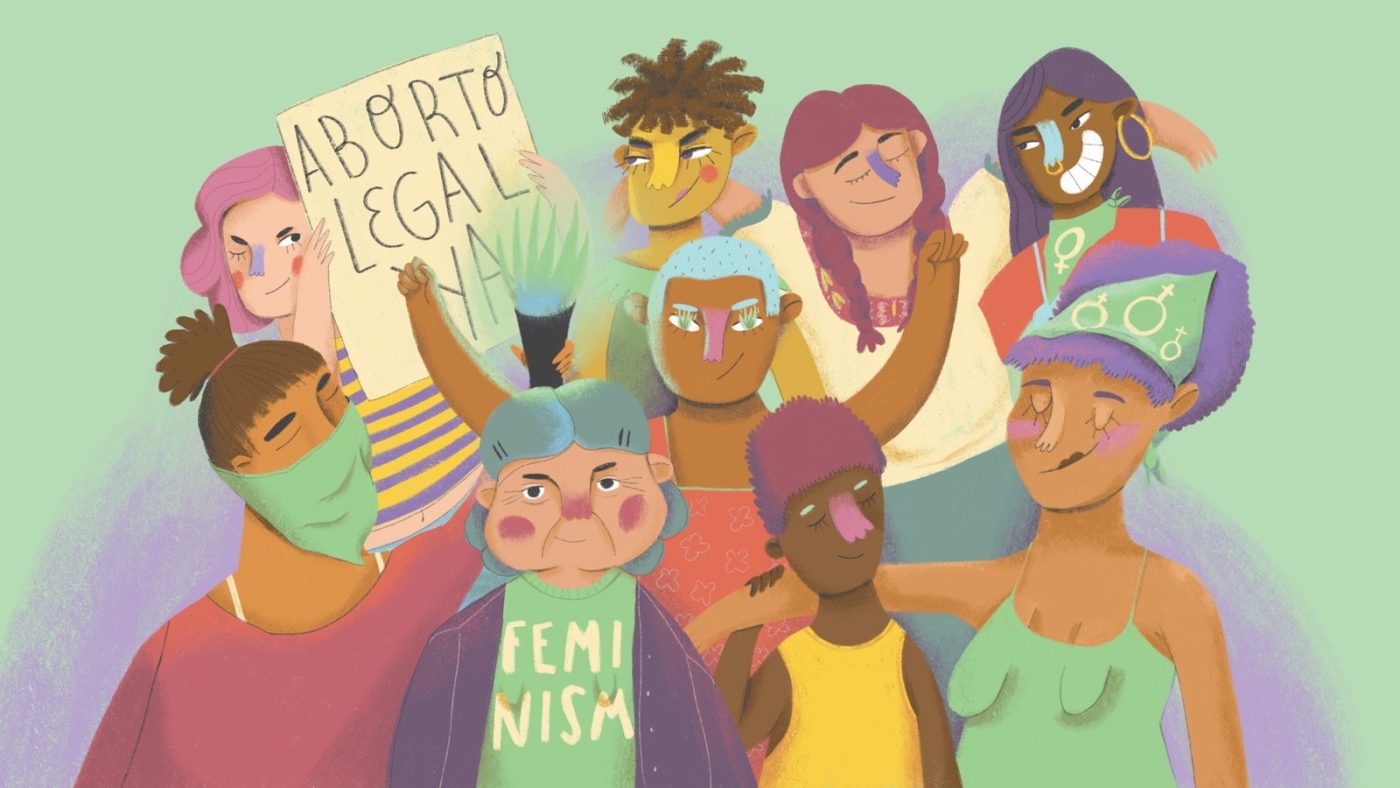 The feminist movement in Ecuador has grown in recent years. Recently, feminists across the country came together to advance the right to abortion, which resulted in a Constitutional Court ruling on April 28, 2021 that decriminalizes abortion in cases of rape for all people who can become pregnant.

This is an important win because it positions access to safe abortion as a fundamental procedure. It is a historical moment, as part of the result of the broader feminist struggle in Ecuador, because it creates a precedent for more barriers to abortion to be struck down.

Prior to this ruling, abortion in cases of rape was permitted only for people living with a mental disability, as determined by the Ecuadorian legal framework. However, even within this limited access, there were barriers. One of the challenges was that many people, especially in the medical field, did not understand the scope of the law, so true access was not always guaranteed even within these boundaries.

It’s for this reason that CEPAM-Guayaquil, in its almost thirty-eight years of existence, has paved the way for improved access and the advancement of sexual and reproductive rights in Ecuador.

On April 28, 2021, we succeeded in having the Constitutional Court issue a judgment decriminalizing abortion in cases of rape for all people who can become pregnant. CEPAM-Guayaquil, along with other organizations, presented one of seven lawsuits of unconstitutionality, which were later resolved through this judgment. This was coordinated work, resulting from an agreement and alliance between various organizations that we have continued to work alongside using a shared political and legal strategy.

It is important to see the fight for abortion access in Ecuador as part of regional and global movements for sexual and reproductive health and rights.

The road to this victory has been a long one. It originated with a national group called Free Abortion Ecuador, from which regional chapters were born, including in Guayaquil. They held public meetings to discuss the right to abortion, and from there they formed networks. If they needed to hold sit-ins, or when abortion came up for discussion in the National Assembly, they coordinated simultaneous sit-ins and marches across all of Ecuador.

Having discussions and assemblies is extremely important, not only for organizing, but for encouraging critical thinking. It is one of the most important things that Free Abortion Ecuador has done--make space for logistics as well as the development of public support for the right to decide.

Ongoing challenges in the fight for sexual and reproductive rights

Despite the success of the lawsuit and the fact that there are policies that guarantee, in theory, some access to abortion, there are still many social barriers that prevent people from accessing their rights. The impact of machismo in Ecuador is huge, and doesn’t come only from cisgender men--it is ingrained in society. Another major challenge we face is anti-rights groups. The ongoing barriers here have to do with a lack of understanding of the law and with the criminalization and stigmatization of people who decide to have an abortion.

These attitudes are largely rooted in conservatism. Ecuador has always been very conservative in its politics regarding sexual and reproductive rights. It is also very religious, and draws from these beliefs and the traditional idea that women have only one role, which is to bear children, to get married, and so on. We ask ourselves: Why are we not allowed to make decisions about our bodies? Why aren't there public policies focused on us?

Situating the movement in Ecuador within the global movement

It is important to see the fight for abortion access in Ecuador as part of regional and global movements for sexual and reproductive health and rights. Around the world, there continue to be gaps in human rights—violence, discrimination, and limitations to true abortion access persist. This win in Ecuador is part of a broader context. We can look regionally to how Argentina did it, how Uruguay has done it, how Mexico is doing it—and how these wins reinforce one another. It’s about shared struggles, shared successes, and solidarity in the region.

It is important that the public be aware of our movement and support the demands that we make for governments to fulfill and guarantee our rights. It is critical to understand and recognize demands for rights at a global level, and for feminists around the world to be able to identify and recognize themselves in these struggles.

Want to help support the global movement for SRHR? Take a minute to send a tweet to the Minister of International Development Harjit Sajjan telling him to increase funding for global grassroots feminist organizations.